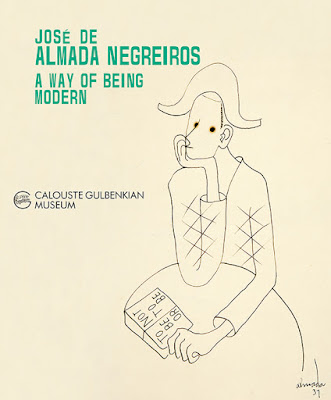 
This book was published on the occasion of the exhibition “José de Almada Negreiros: A Way of Being Modern”, curated by Mariana Pinto dos Santos and shown at the Calouste Gulbenkian Foundation in Lisbon, from February 3 to June 5 1917.

Considering the modern as a form of historical time, and its critical character, the modernisms were different ways of understanding the modern, and the new. In the conference he delivered in Madrid in 1927, “O Desenho” [Drawing], focusing on his solo exhibition organised by La Gaceta Literaria […], Almada states: “To be modern is just like being elegant: it is not a way of dressing, but a way of being. To be modern is not to use the modern calligraphy, but to be the genuine discoverer of the new.” While the modern may be seen by some as the adoption of a certain style, a certain fashion, Almada defines it rather as a way of being, which involves not only embracing the present time, but also acting upon it, not the adherence to the modern, but the act of making it happen. This concept of modernism as action that generates modernity is closely related to the idea of avant-garde. [Mariana Pinto dos Santos]

José de Almada Negreiros (São Tomé and Príncipe, 1893 – Lisbon, 1970) was a multifaceted artist mainly dedicated to visual arts (drawing, painting, etc.) and writing (novels, poetry, essay, playwriting), occupying a central position in the first generation of modernist artists. He had an especially active role in the first modernist avant-garde, with an important contribution to Orpheu magazine’s group dynamics. A controversial figure, his action was essential in the futurist movement in Portugal. His public intervention and work continued through several decades. He was in Paris, even though for a short period, and lived many years in Madrid before his return to Portugal.
Publicada por SISTEMA SOLAR à(s) 17:00 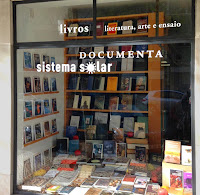 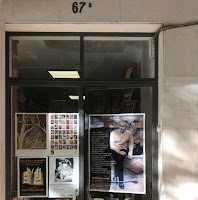 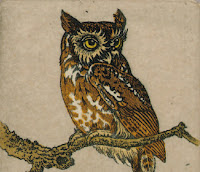 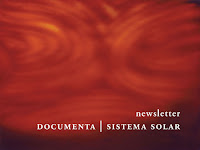